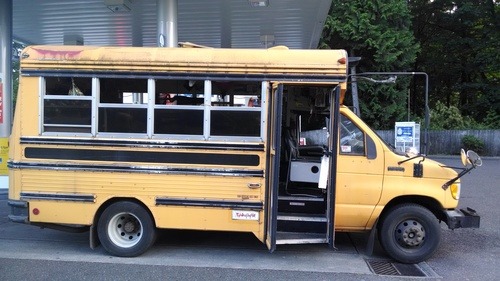 I’ve wrapped up my commitments.
No more job. No more apartment. No more girlfriend.

Over that last few years, I’ve done some really cool things. I’ve gotten a graduate degree, founded a real startup, worked at the Wikimedia Foundation, and did national and international campaigning with SumOfUs. That’s all things I thought I wanted to do – but something was always missing.

At a base level, something has been missing – fulfillment. Contentment. A sense of joy and adventure that I enjoyed so much back in the day. Even things that used to bring me joy: left politics, Brandeis University, programming, startups, even learning – they don’t seem to fire me up as much even more. Some even bring disappointment and pain (I’m looking at you, Brandeis! Stop being so awful to your people).

You know the impostor syndrome? I probably have that. But there’s another way I feel like an impostor. I’ve forgotten who “Sahar” is. He’s been buried beneath all this doubt, affirmation-seeking, and nervousness.

So I’ve decided to Figure My Life Out and Find Myself.

Or, in less self-mocking language, it’s time to reset a lot of my habits of thought and habits of being. To be intentional and self-affirming.

I’m going to tour the country, reconnect with old friends, and meet new inspiring people. And since I titled this Tumblr as an “adventure log”, might as well use it as a diary of my adventures. I’ve already met a bunch of cool people and learned their stories. Turns out that people can be pretty cool!