I checked some email, woke up slowly, and generally was a slow loris until my phone beeped a reminder: “Arts BBQ? At That Gallery. In 1 hour”

Oh my! I grabbed my gear and headed out to the bus stop. I could check out that cool art gallery that I kept ending up hanging out at, and there’d be food. All by noon, when all my other plans started around 4ish.

So there I am, waiting at the bus stop, sitting next to this guy in a funny/classy hat. He’s loudly excited about the upcoming bluegrass festival, and loudly *not* a fan of the blues festival happening that night. “Blues sucks man. It’s just so easy to play. The same chords over and over again.”

What a character. So exuberant. So pleased with life. I want to get to that point – chortling over little jokes, slapping my knee of emphasis, just crackling with energy. 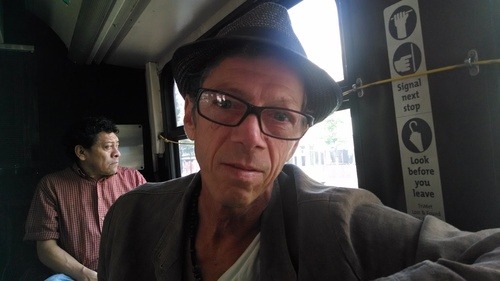 He’s a musician, but also an art manager. The guy who reps local artists, sort of thing.

Turns out he was heading the same way I was! I invite him to the art bbq. He comes! We check out the exibits – 50 different takes on the american flag. 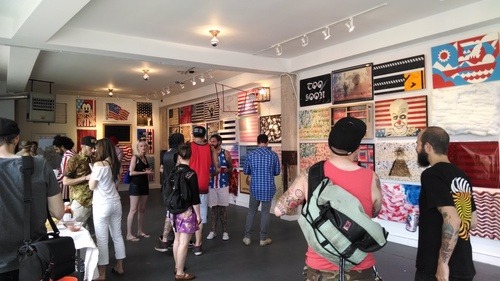 That was fun. I get a vegan dog eventually, hang out with a few of the worker/curators, etc. Meet some cool people. Then it’s off to the next adventure!

Sumana, a friend from Wikimedia, says she has time to chat on IRC. Man, I love the Wikimedia Foundation. What a great bunch of people – and they stick to their guns and use open standards of communication as much as possible.

Hurry to the closest cafe that is open on the 4th and seems to have wifi. 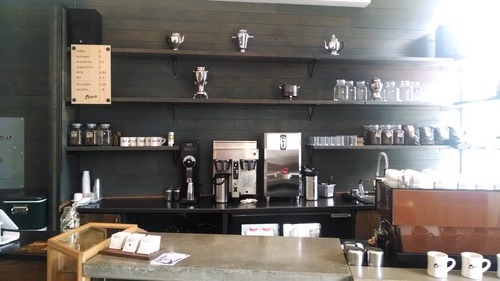 The glare hides how classy this joint is.

Sumana has lots of interesting things to say.

You know, I might indeed enjoy life as a UU pastor! Or possibly even a Rabbi. :-)

Then I’m off again. To a party!

I meet up with Sarah, my host at the time, at the surprise birthday / not-at-all-a-surprise barbeque at her friend’s house. It was fun. I met a middle-aged libertarian, hearty, home-made-sausage grilling lesbian couple (the louder of which taught plus-sized yoga). They were fun. (“I bought the whole cow! Gave it to the butcher, and he made me 71 pounds of sausage!”)

Soon, everyone leaves for the park, and I walk over to party #2 at Monique’s. Most people have left, but I hang out with a cool handful of folks. We talk about life, being a lawyer, Portland, and the Oregon Student Association. Then eat an American Flag Cake: 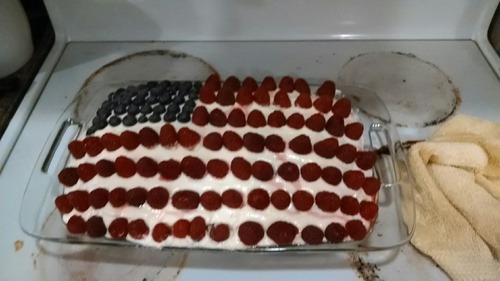 And go to the park. 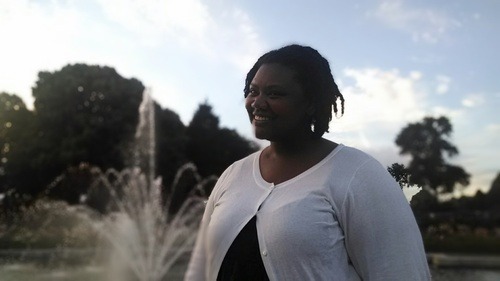